My Rating: ☆☆☆☆☆
Goodreads Description
Wrath, vengeance, hatred, cannot breathe the same atmosphere as love. And so it was that love began to wither and withdraw...
Among the ageless quietude of the elves, Deacon, a mortal, suffers the inescapable awareness of mortality. He lived in what many deemed perfection, but a dark uncertainty plagued him that there lay treachery in it all.

When secrets of his mysterious heritage are revealed, the young mage is thrown into a revolt of confusion, and in an unwholesome vent of misery, travels a path of unforgivable deeds. One of the few left of his kind - a race whose magical energies are vigorously interwoven with their lifeforce - Deacon is drawn into a world that turns into an involution of evil and death.
Review.
Tree of Life is unlike anything I've ever read. Ever.
Firstly, this cover is absolutely beautiful. Both versions - the print edition is gorgeous too, but the e-book cover (seen above) is stunning! I'm pretty sure the same artist that did Fate Fixed by Bonnie Erina Wheeler (another gorgeous cover!) had something to do with it. In short, the piece is beautiful.
Speaking of beautiful pieces... wow.
I restate: Tree of Life is unlike anything I've ever read.
Ever.
I've only read one other set of works with elves (that I can recall, anyhow) - and that is J.R. Tolkien's The Lord of the Rings. In many ways, I can see very direct similiarities between the two - but at once, they are so different, sometimes the only comparisions to be drawn are in the nature of the beings themselves. Which, I assure you, is a very, very good thing.
In this ethereal realm, of a sort, there is this sacred innocence and brutality that facinated me. It ways, it refrences - or at least reflects - certain direct themes of a utopian (or in areas, maybe dystopian) society. There is also strong themes, objects, and scenery that are so historic, as well. It takes on an almost medieval setting - which I personally love. There's also this celestially paranormal other-realm thing going on, and it's simply and complexly amazing.
The elves themselves play on the classical thoughts associated with elves. Ethereal. Beautiful. A interpretation of perfect as concieved by the human mind. So perfect, in fact, that the few imperfections that they did have - they recognize, and look to divine beings (for the most part undefined in the book) for there short-fallings. Nature is sacred, love is sacred, life is sacred. They have a philosophy and a religion, but it seems that the purpose and detication is in their very nature. It's not morbid or chilling - much unlike Magenta's priestess, death-worshiping, temple-across-the-creepy-lake roots.
Elita Daniels fleshes out some really facinating concepts.
There's a nature-over-nurture thing going on: what would imperfection (if only enforced genetically) raised in a realm of perfection feel? What would he think? What would tarnish him? What would stregthen him? How is he alike, different? From the elves and his own kind? I love how in his "point of view" (despite being third-person), when  he is amongst the elves, he painfully sees himself as hot tempered, "below the perfect" imperfection. When he's amongst humans, he is viewed as an elite creature: an "other" that is above them.
I also loved that because a portion of the book skipped through the eyes of his (Deacon's) mother (Daenara), there is another way to look at it, which was experimented with her take. Their perfection was soothing, awe-inspiring, well-loved and appriciated rather than despised.
I loved the repercussions of being caged and isolated - whether it was Cedrik and Derek in the Imperial, Magenta in the temple, or Deacon in the Elven realm. Even socially. Thinking on terms of, how do they act outside of the cage?, -inside it?, how are they different than those in other isolations?, how are they prepared or unprepared for other parts of the world? have depth beyond the expected.
I loved the push-and-pull. The love between Eomus and Daenara, who were sweet until the end. In the begining of Deacon and Magenta - where it went from curiosity, to infatuation, to sweetness. From that sweetness, it became bittersweet, torturous and passionate, and at times tragic and masochistic.
I loved how there were aspects of common society that were warped for the uses of this other-worldly place. I've never read anything that captures human behaviors and ways so perfectly and realistically - expecially in the paranormal genre.

I loved the unequality and sameness that there was between Deacon and Magenta - even Eumus and Daenara. With the latter, it was the common affectionate, wise, old souls and uncommon Riven human versus elf. With the first, both seemed reserved and unfeeling, both had been subject to pain, and isolated. Both were fervent, passionate, lost in their own morbidities at time, rebelling against influences of their isolation, and bitter from the the world of which they came. But in so many other ways, they were so different - Deacon had traveled, he had been under an ethereal influence (despite the fact that it embittered him), he had a loving mother, and he had been betrayed and saved by his father. Magenta had been locked into the temple, forced into servitude, without a mother or true parents, without love and touch, forced under influences religiously and denying feminitiy through completely feminine influences.

I sincerely believe that readers who love conceptual thought will be enthralled with this. I also believe that readers who don't overtly enjoy abstract themes will be satisfied with the amazing plot and characterization - though I enjoy that kind of thing, I think I would unbothered by them if I didn't. These concepts should not interfere with the overall enjoyment of the book if you want things figured out for you. With that said, this is a long book. It's also a "heavy" read. There is prose, there is advanced vocabulary, there is beautiful but lengthy description.
It is a abomitable shame to not appreciate this work for all that it is worth. To appreciate it correctly - you need to shut everything off, abolish distraction and make yourself comfortable. It won't be the same experiance if you have to put this book down for any reason - and once you are reading it, you won't want to anyway.
Never in my life have I read a work that is so visual. Tree of Life will provide you with as much of a movie as a screen can. These details were beautiful - the writing itself is beautiful. The writing had a way of satisfying and ripping the satiety away - a constant tug that made you want to read more. The ending leaves the reader craving - in hunger and thirst - for the sequel, and I'm eagerly going to be following this series of works.
And yet again, I restate: Tree of Life is unlike anything I've read. Ever.
The two most important things I constantly return to when deciding whether or not I am in love with a book are found in these pages: one, I fall into it, and two, it inspires me. I fell into this novel, and it inspired me to write, to re-read Lord of the Rings, to think on broader scales, to not just think outside of the box, but burn it.
This book is something that I would and will re-read over and over again. Something tells me the experience is going to be different every time.
If you love Lord of the Rings by J.R. Tolkien, The House of Night by P.C. & Kristen Cast, the Inheritance Cycle by Christopher Paolini, and The Blue Bloods Series by Melissa De La Cruz, you will find Tree of Life somewhere in between and far beyond.
If you hate them, you might just love this too - it is extremely difficult to compare because it's just so different. The only common ground here is that you need to like longer reads, heavier reads, more interesting and more twisting reads. You need like, love, and want something more.
Highly Recommended.
Nah, that doesn't really cover it. Go, get, now.
You have been commanded by the AUTHORity ;)
Where You Can Find Elita Daniels:
FACEBOOK
GOODREADS
AMAZON
WEBSITE
BLOG
TWITTER
Where You Can Find Tree of Life:
FACEBOOK
GOODREADS
AMAZON﻿
Elita Daniels Review Ricochet Reviews The AUTHORity Tree of Life

Please enjoy this guest post by Brian Holers, author of the literary novel, Doxology . Then read on to learn how you can win huge prizes as part of this blog tour, including $450 in Amazon gift cards, a Kindle Fire, and 5 autographed copies of the book.  Not just for Christians One of the beauties of self-publishing is that the gatekeeper has been fired. In this new world of books made possible by the Internet, no one is left to guard the door. To tell the reader what is what. This state of affairs may introduce an element of confusion for dogmatic readers, but the good news is, new breeds of literature are being created. Self-publishing allows literature to cross over in new ways. Traditional Christian fiction publishers, for instance, disallow most references to sex, and even the most juvenile profanity. Self-publishing changes this. Not to suggest a writer should ever debase a genre—as writers we are obliged to choose our words carefully. But the old Christian book
Read more

An Ode to Bloggers - Guest Post by Terri G. Long Last May, a month or so after I began marketing my novel, In Leah’s Wake , a former agent told me that I would never sell 500 books. A rookie, I had no idea what to expect. When I published the novel, I’d dreamed of selling a 3,000 – 5,000 books, hoping healthy sales numbers would attract the attention of an agent or traditional publishing house for my next novel. The agent had left New York, but she’d been in the business for a long time, and her words stung. I hung up the phone, heartbroken, depressed. Had I not been in the midst of my first blog tour, I might have pulled my novel off the market that day. Determined to see the tour through, I soldiered on. On the tour, I met wonderful, caring people, book bloggers, whose kindness buoyed and sustained me. Over the next few months, In Leah’s Wake appeared on hundreds of blogs. Bloggers opened their hearts and spread the word about this quiet literary novel. In Aug
Read more 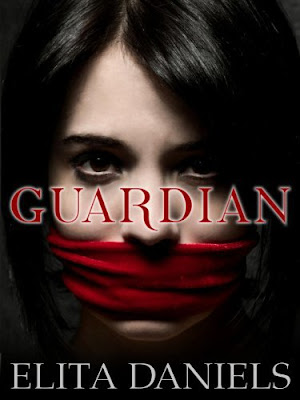 This is a guest review by Bonnie Wheeler . * * * * * 5 out of 5 Stars to author Elita Daniels and her novel “Guardian.” B efore I begin, I must say, I absolutely devoured this novel.   W ithin the very first chapter, Daniels brings us into a world where vampires exist and are treated as second-hand-citizens. The vampire life isn’t glamorous – they have cruel experiments performed on them, they are assigned humans (many of whom are cruel) as a sort of “parole officer” to monitor their every move, and they are forced to take meds that make them ill. I loved the scientific aspects of how vampirism could be spread as an infection, how the government would have their hands in using the disease as a weapon, and how a society’s fear of the unknown would bring out the worst in them.   What I loved the most was how Daniel’s created characters that were both terrifying and fascinating. Her vampires aren’t made of fluff – they have intense emotions, they have physical urg
Read more